Prize Bond 25000 draw result and schedule 2021. The general public is advised to get fresh updates about National Savings 25000 Prize bond. They can also search winning numbers of prize bond 25000 below. They can also find the old draw results by selecting draw # numbers of 25000 prize bond, which is provided online too and they can note the draw number of the prize bond 25000 result.
They can search each update of prize bonds timely and accurately.
Upcoming 25000 Draw: 25000 Rs Draw List 5 Multan March 2022
Latest 25000 Draw: 25000 Rs Draw List 1 Multan March 2021 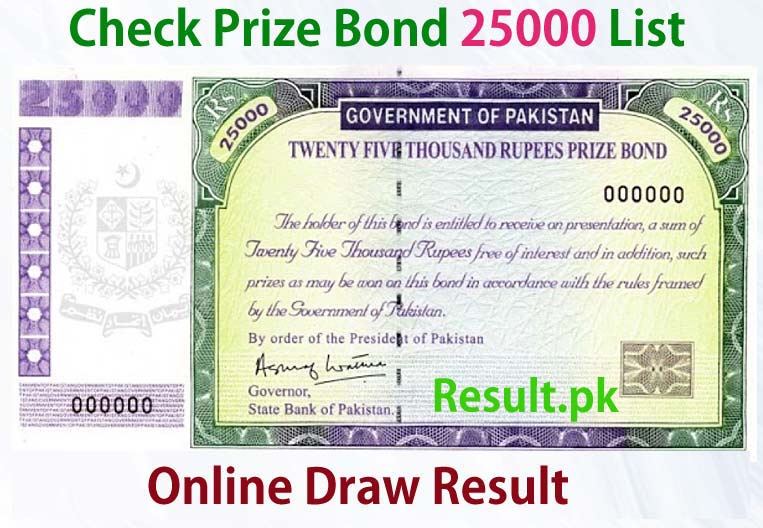 The investors can find different investment options in Pakistan to invest their hard earned money. They can make the huge investment in mutual funds, stocks or shares, paper and digital currencies. They can also find various risks, which are involved in the investment money in these sectors because of the high fluctuation, uncertainty in the market. When we talk about prize bond 25000, it is safe and secure option to make plan for the investment because there is no risk being involved in such investment. The government of Pakistan has initiated this scheme and people do not need to worry about any kind of fraud in this scheme. The best thing about prize bond 25000 is that the government has organized the prize bond 25000 draw after every three months so that people can have the chance to be included as the winner in 25000 bond list 2021. The prize bond 25000 list 2021 is updated soon after the announcement of National Savings prize bond result 25000.

The prize bond holders can check their prizes in 750 prize bond list 2021 after the draw. You can carry on it on the legitimate site of national investment funds like in the national papers. When you purchase the prize bond, the four opportunities will be offered to the winners to win the prize in a year. When you read prize bond schedule 2021, you can comprehend this point on each prize bond, which will be incorporated into draw multiple times each year.

This prize bond has the second highest value and in each draw, there are total 1700 winners, who can win the prizes. The number of winners is 1, 3 and 1696, who can win first, second and third prize respectively.